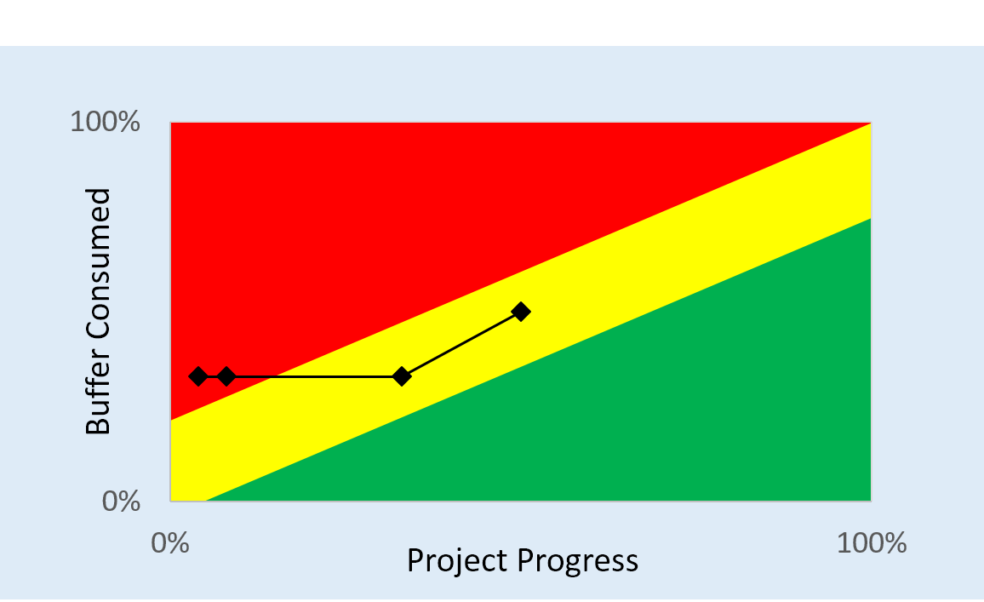 CCPM was introduced in the late 1990’s so is less than 20 years old.  In this short time it has become the default project planning and execution management approach for leading companies all over the world, of all sizes, and in many many different industries.

CCPM is part of a systems thinking approach to managing organisations known as TOC (the Theory of Constraints).  Just like the ubiquitous Gannt Chart, CCPM evolved from ideas first applied to improving manufacturing, when a global oil company asked “We like the way TOC has improved manufacturing beyond recognition, and how it can be implemented in a very short time.  But we don’t make widgets – can you adapt it for our projects?“. 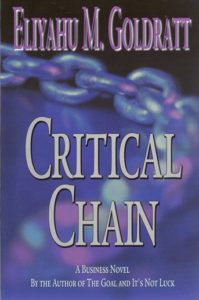 Since it was first published in the book Critical Chain in 1997, the method has evolved and been continuously improved through experience globally.  Whilst staying true to the original fundamental ideas, the method has been extended to improve and simplify its application for complex portfolio management and organisation-wide programmes, for simpler applications, in hybrid uses (alongside techniques such as Agile), and to align with the practicalities (and limitations) of supporting software.

CCPM is still an embryonic method, most project managers have not heard of it, and an awful lot of training and qualifications make no reference to it.  But then innovations and new ideas take time to spread.  What are you going to do to help spread the word – because you can no longer claim “I didn’t know”?

What’s wrong with the current methods?

The methods of planning and controlling projects such as Critical Path, PERT, and Earned Value, have been around for over 50 years.  They are built into almost all the major project management software products.

However, projects are notorious for not delivering promises.  To many, the word “project” triggers reflexes like late, over-budget, contingency, padding, stress, or change.  Why is that?

Many organisations assume that project problems are due to lack of skill and knowledge amongst project managers and teams.  So the most common approach to the problem is training, education, and employing very experienced project managers.  But what if the problem is not the people, but the system they use? If that is the case, might that lead us in a totally different direction in search of improvement?

CCPM was founded first-and-foremost on a structured look at the existing system for managing projects – why do so many projects miss their targets?  This analysis identified a range of significant problems in the prevailing methods which drove the inconsistent performance of projects.  These problems are not due to “bad people”, they are the result of how mathematics works and how human beings behave, combined with the management system used.  The main problem areas include….

Unbelievably the impact of these unintended problems can be shown to extend project durations by at least 20%, and more typically by more than 100%.  This claim is supported by behavioural, logical and statistical evidence.

However, traditional management methods do not address these problems head on, and we are not aware of any traditional project management software solution that accounts for them either.  Project Managers are left to manage blindfolded.  No wonder good project managers are mostly those with decades of experience – they have instinctively learned the hard way about these issues.

This is not a complete description of CCPM – but it covers the main elements.

All simple to describe, but not easy to implement – because these behaviours often cut across decades of past experience and training, formal processes, customer demands, and performance measures.

CCPM has been used by thousands of companies, in all sectors, since its development in the 1990’s.  When implemented correctly it has reliably reduced project durations by at least 25%, with on-time completion rates to well over 90%.

Before we embarked on writing the book, we were puzzled as to why CCPM had not had a much wider application in construction and capex projects.  We don’t just think it is the lack of awareness, though this is part of the issue.  No, the main issue that we saw was the way in which projects are procured.  CCPM requires a collaborative project team to work, and the traditional approaches to procuring and contracting on projects, are not compatible with CCPM.  There are ways to work around this issue, but in our view, by far the best approach is Project Alliancing.