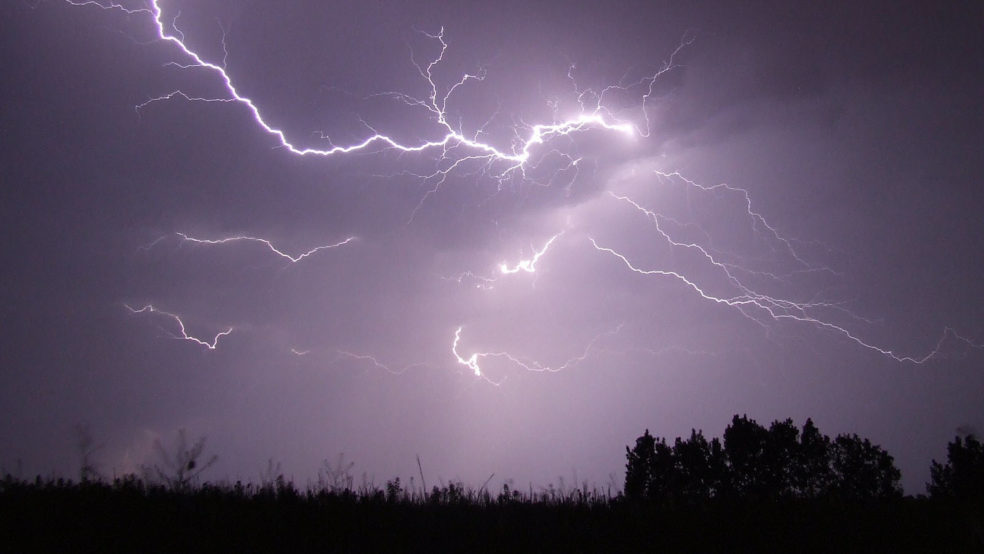 The media has been full of reports recently discussing the impact of the oil industry of the fall in crude oil prices (such as this one from Reuters).  Maybe now is the time for the industry to stop wasting money and adopt the principles of Breakthrough Project Management?

However the 2014 fall in oil prices only highlights an underlying  problem the oil and gas industries have been having for several years.  In early 2013, the Wall Street Journal was expressing concerns about the falling return on investment from the industry, as demonstrated in the “Leaking Profits” graph (from this article). 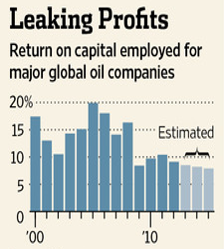 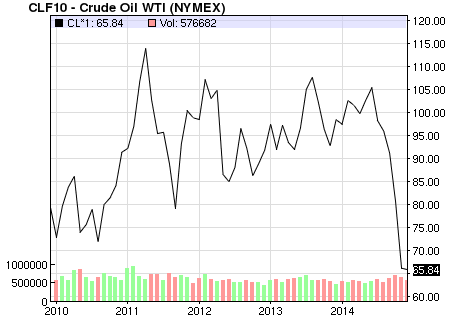 Based on my personal (not scientifically-researched) experience, I wasn’t surprised at the WSJ article and its claims that return on investment had halved in less than 10 years, as shown alongside.  Yes projects are becoming more complex, with more deep-water fields being developed, but that doesn’t explain it all.  It seemed to me that a combination of a “spend it quickly we need the production” mindset, and traditional project management approaches, was also rife in the industry.  I wasn’t surprised that projects were more expensive than they need to be – and probably taking longer too.

Oil and Gas was instrumental in developing some of the leading project management developments in the past 30 years – Project Alliancing (CRINE) and Critical Chain Project Management (Statoil). These have been used by other industries, but their use seems negligible today in O&G – maybe when money is so freely available there is no pressure to be smart? These two methods together have the potential to reduce project duration by more than 25% and cost by 10-20%, with no real risk. Together, faster and cheaper can turn a poor ROI (and and project shelved), into a good ROI (and a project approved).

But we might need a “perfect storm” to force the industry out of its comfort zone, and give “something crazy” a try.